One week ago I drove to Philadelphia to experience “brotherly love”. This week I visited “bean town” or as they would say the “City of Champions”. You can’t help the feeling you get when you visit these cities. Both so diverse and rich with American History. As you walk the streets, you immediately notice the architecture of the brilliantly designed buildings. The food and culture is very similar too. People travel from all over the world to these food meccas, to indulge in the savory foods that were made famous by each city. While in Philadelphia, I found myself eating a Philly cheesesteak with two total strangers that traveled from Maryland. In Boston, I enjoyed probably the best New England clam chowder I ever tasted. You have to visit Quincy Market,where you can see live performances from local wannabes. 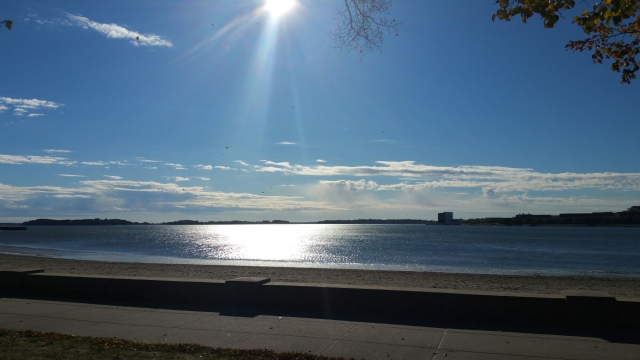 But this wasn’t the reason I visited these cities. You see, I was there to support our cause with the National Psoriasis Foundation .  Most cities now sponsor our walks for a cure with the NPF.  Saturday was Boston’s day to raise awareness about psoriasis and psoriatic arthritis.  I was most impressed with the lush landscape and the location of the event right on the beach. 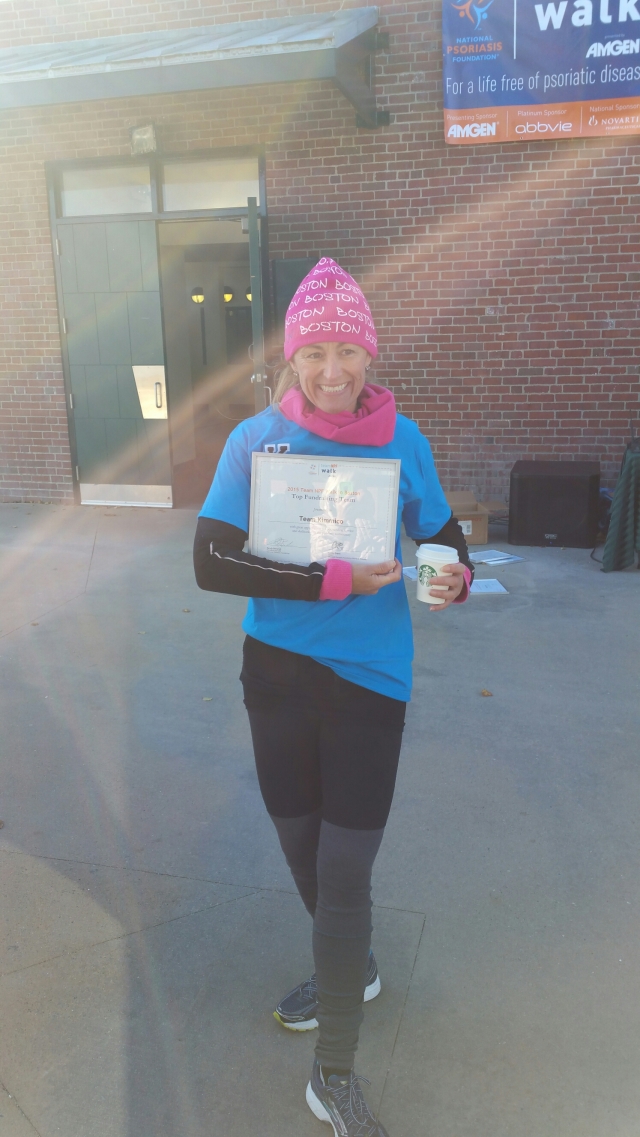 While there at the closing ceremony, I was particularly impressed with this one individual that raised money for her sister who has both psoriasis and psoriatic arthritis.  This individual’s name is Melissa Howard.  While talking to her, she explained how her sister asked her to walk for her.  She told me that her feeling was, “That it was the least that she could do.”  She contacted the NPF and made a plan.  She ended-up raising almost ten thousand dollars in just five weeks!
Melissa explained to me that her sister was picked on as a child due to her visible disease.   Her sister later on developed the psoriatic arthritis associated with the disease as well.  She knew she had to get involved!  Some of her concerns about her sister were the lack of effective treatments available.   I encouraged her to research some of the new treatments.  I’m looking forward to combining our efforts next spring at the ride event on Long Island. 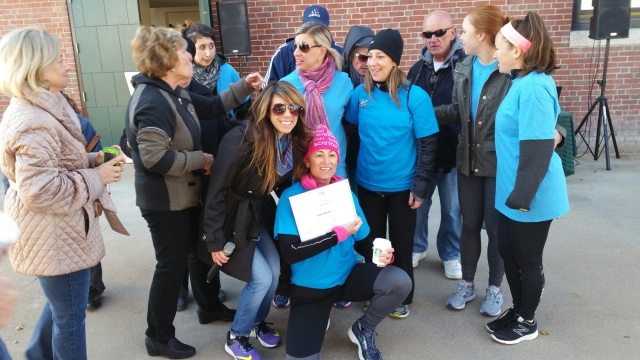 I mentioned to Melissa about our support group Overcoming Psoriasis which has some of the most compassionate and helpful members.   Melissa is the type of person who has compassion for individuals who suffer with difficult diseases.  She explained her own situation; that she was hit by a car and had several corrective surgeries. Melissa is my Psuperhero for putting others first.  Thank you Melissa Howard, we need more people like you in the world!